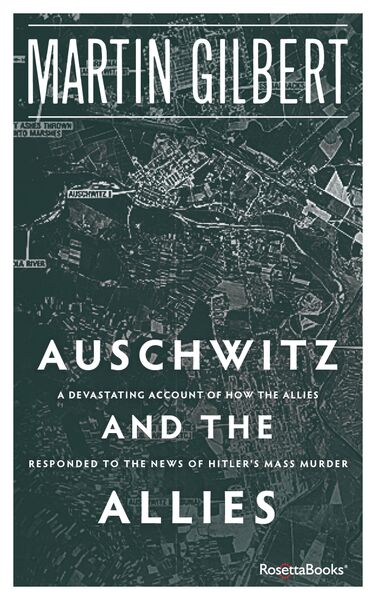 “In this book I have told the story of how and when the Allies learned of the Nazi extermination of the Jews, and of how they responded. To this end, I have given particular prominence to those atrocity reports which were received in the west during the war itself, and I have traced the Allied reaction to them. This book is not, therefore, a history of the suffering of European Jewry, but an account of the facts of the exterminations as they filtered out of Nazi-dominated Europe, and of the Allied reaction to these facts, beginning when a series of explicit but incomplete reports reached London and Washington during the summer and autumn of 1942

“In order to show the gap between what was known at any given time, and what was really taking place, I have also set out the barest facts of the principal deportations, murders and gassings as they happened, making it clear whenever these facts were unknown to the Allies at the time.”

On “Palestine Certificates” documentation that allowed Jews to leave Europe and travel to British Mandate Palestine, 1944:

“The name 'Birkenau' again appeared in a Jewish Agency message on May 3, although once again, as in Lichtheim's letter of May 1, it was not linked or associated in any way with the name 'Auschwitz', of which it was so integral a part. The second mention of Birkenau was in a telegram from Yitzhak Gruenbaum's representative in Istanbul, Eliezer Leder, who reported to Jerusalem that the British Consulate in Istanbul had confirmed the Palestine certificates recently issued for Hungary and Romania, and that he, Leder, now wished to know whether it was 'advisable sending some Birkenau.' This telegram is a clear pointer of just how little was known of the Auschwitz-Birkenau camp.”

“In the course of writing this book, I have received valuable help from those individuals who participated in the events which I have described, and who gave me both their personal recollections and access to their private papers. … I also received considerable help from three other eye-witnesses of the events which I describe: from Chaim Pazner … who provided me with documents and recollections of his wartime work in Geneva … from Gerhart Reigner, who put at my disposal the Geneva archives of the World Jewish Congress, scrutinized the book in typescript, and gave me his own personal account of the events and atmosphere of those years; and from Professor Rudolf Vrba, who was extremely patient in answering my many questions about his escape from Auschwitz in the spring of 1944, and in putting material about his escape at my disposal. A second escapee, Czeslaw Mordowicz, also gave me details of the journey during which he and a colleague brought to the west the first eye-witness account of the murder of Hungarian Jews at Auschwitz in May 1944.”