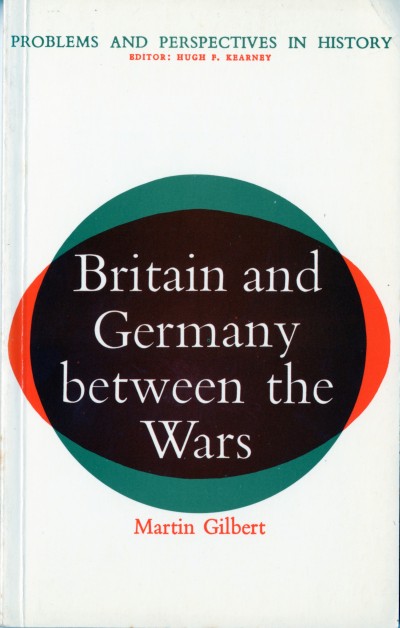 Published in the “Problems and Perspectives in History” series, this slim volume covers aspects of Anglo-German relations from 1914 to 1939, from the ending of the Great War, to the Treaty of Versailles and League of Nations and their articles, to Rearmament and the views of Ambassadors and Ministers of Government. Chapters focus on America, France, Italy, Czechoslovakia, Poland, Britain and Russia and include introductory commentary and short quotations chosen from a wide range of sources: official treaties, parliamentary debates, newspapers, contemporary books, memoirs and private letters. The extracts have been selected in order to show the main
development of British policy and the wide range of opinion towards Germany and towards those other major issues which help to explain Anglo-German developments in a period when a war that was regarded as inevitable was nevertheless also considered to be avoidable.

“In 1939 Britain went to war, not to destroy Nazism, but to prevent the further spread of German
domination in Europe. Many people wanted to see Nazi methods brought to a rapid end – but
Germany's internal affairs were considered her own. Not the Jewish persecutions, but a rashly
aggressive foreign policy, led to war in 1939. The Bishop of Durham saw the incompatibility of
Nazism and the British way of life, but the idea of a war initiated by Britain to change the internal
government of Germany was unthinkable.”

“By studying the actual words spoken and written at the time of any controversy, the reader may be
able to shuffle off the heavy cloak of hindsight which bedevils so many historical accounts of the
inter-war years. …

“It is not the task of the historian to ridicule or to malign any opinion; his first aim is to discover
how people thought and acted, and to seek reasons for their often seemingly foolish behaviour. In
these extracts I have tried to show not only the wide range of British opinion towards Germany, but
also how deeply divided and uncertain Englishmen were over the problems that confronted them.”

“This is how attitudes changed and hardened in twenty fateful years, illustrated by quotations from
letters, speeches, memoirs. A valuable source book.” Michael Foot, Evening Standard