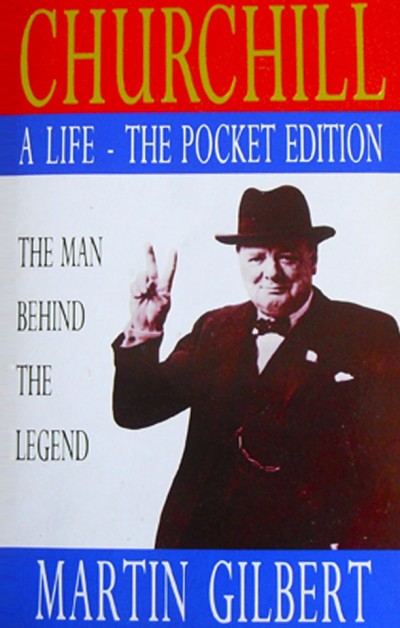 Keeping the same balance of personal and political, this abridged version of the acclaimed
Churchill, A Life, uses Churchill’s most personal letters and the recollections of his contemporaries,
both friends and enemies, to go behind the scenes of some of the stormiest and most fascinating
political events of the Twentieth Century, dominated by two world wars, and culminating in the era
of the Iron Curtain and the hydrogen bomb.

From Churchill's speech while receiving an honorary degree from Westminster College, Fulton,
Missouri, 5 May 1946:

“In words that were broadcast throughout the United States, Churchill spoke of the 'supreme task
and duty' of American democracy, and of the English-speaking world, 'to guard the homes of the
common people from the horrors and miseries of another war'. The United Nations must be made
to work effectively, 'to be a force for action, and not merely a frothing of words'. Each member
state should provide it with an air squadron, to be directed when needed by the United Nations
itself. 'I wished to see this done after the First World War, and I devoutly trust it may be done
forthwith.' ”

“My aim in this abridged edition of Churchill, A Life is to present the story of a great man in all its
variety, personal and political. The official biography, as it has become known, sets out Churchill's
story in detail in eight volumes, with a further fourteen volumes of documents presenting his
archival story. In this book, I have tried to give readers the material needed to judge for themselves
Churchill's actions and abilities.”

“Martin Gilbert's Churchill, A Life – The Pocket Edition, covers all of the great man's 90 years in
detail. It captures the adventure and drama of all the major events in his life. This fascinating
portrait, using Churchill's own writings and correspondence in addition to numerous other sources,
gives a true sense of the man as well as the politician.” John Powell, Western Morning News