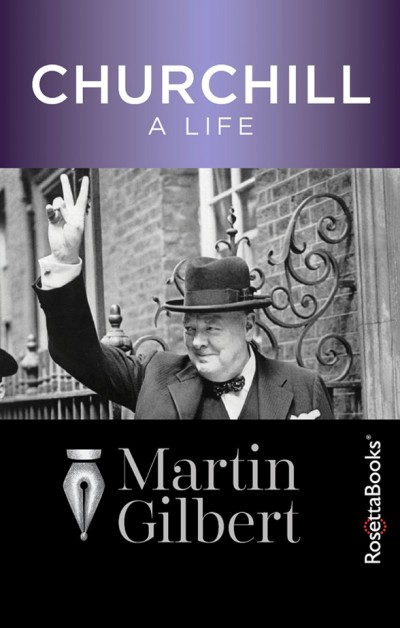 Choosing the most revealing insights from Churchill’s public and private life, Gilbert presents the essence of the man, from his early life as a schoolboy and soldier to his years as war leader and elder statesman. The book provides a swiftly moving narrative of Churchill’s fifty-five years of public life: a remarkable panorama of vivid, tempestuous an often controversial episodes. In this book, as in no other, the true Churchill emerges.

On an August 1932 visit to Munich “... where one of Randolph's acquaintances, Ernst Hanfstaengel, a friend of Hitler, tried to arrange a meeting between Hitler and Churchill in Churchill's hotel.

“Churchill said he was willing to meet the Nazi party leader, though Hanfstaengel later recalled how, during dinner beforehand, he 'taxed me about Hitler's anti-Semitic views'. Hitler made no appearance that night. On the following day Hanfstaengel again tried to persuade him to meet Churchill, but in vain. 'In any case,' Hitler asked him, 'what part does Churchill play? He is in opposition and no one pays any attention to him.' Hanfstaengel replied, 'People say the same about you,' but Hitler was not to be persuaded.”

“Sir Martin's biography is giving me a true lesson in Greatness.  I read the details of his conversations, letters, speeches and actions with a sense that I am studying the most extraordinary person of recent times.  I have no doubt that it is Sir Martin's careful selection of events, and his prose that make this possible, and I wanted to convey my gratitude for this.” Zaki Safra

“It is my aim in these pages to give a full and rounded picture of Churchill's life, both in its personal and political aspects. His career has been the subject of countless books and essays, in which he has sometimes been cavalierly, sometimes harshly, judged. I have sought to give a balanced appraisal, based on his actual thoughts, actions, achievements and beliefs, as opposed to the many misconceptions that exist.

“By far the most lucid, comprehensive and authoritative account of Churchill that has been offered in a single volume. It furnishes a crown to Gilbert's already prodigious labours.” Philip Ziegler, Daily Telegraph

“One of the greatest histories of our time.” Margaret Thatcher

“Gilbert's job was to bring alive before his readers a man of extraordinary genius, and scarcely less extraordinary destiny. He had done so triumphantly.” Hugh Brogan, New York Times Book Review