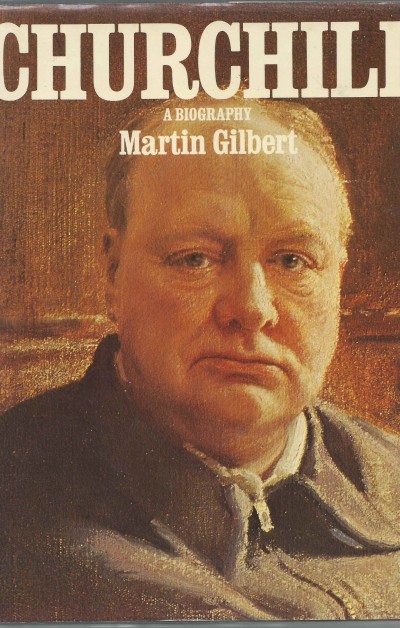 A collection of 198 photos and illustrations, with explanatory text, that chart the course of Winston Churchill’s life, his friends and colleagues, his homes, his work and his travels.

“In January 1916 he took command of a Scottish battalion which had suffered greatly in the battles of 1915. For nearly four weeks he trained them behind the lines, and then, for three months, he commanded them in the front line. On several occasions he was nearly killed by shellfire. 'In war,' he reflected, 'chance casts aside all veils and disguises, and presents herself nakedly from moment to moment …. You may walk to the right to to the left of a particular tree, and it makes the difference whether you rise to command an Army Corps, or are sent home crippled and paralysed for life.' ”

“In these pages we have seen something of the range and variety of Churchill's career. We have seen him at work, and at play. He was a man of infinite variety, of great energy and of forceful opinions. But he never feared the telling of his own story. 'The truth is incontrovertible,' he said. 'Panic may resent it; ignorance may deride it; malice may distort it, but there it is.' ”