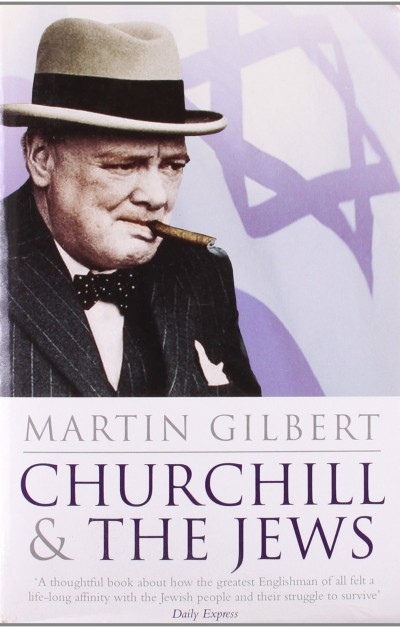 In 1921, while in Jerusalem, Winston Churchill described the Jewish system of ethics as“incomparably the most precious possession of mankind, worth in fact the fruits of all other wisdom and learning put together.” This book traces that remarkable relationship, between  Churchill and individual Jews and the Jewish people throughout his lifetime, his feelings about Antisemitism and Zionism, and his efforts to help Jews during the Holocaust.

“The memory of Churchill’s leadership in 1940 was to inspire Ben-Gurion himself eight years later, when he led a nation likewise believed by many inside it – and out – to be on the verge of destruction. In a letter to Churchill sixteen years after the end of the war, Ben-Gurion wrote of how, in London, from the beginning of May until September 1940, 'I heard the historic speeches in which
you gave utterance to the iron determination of your people and yourself to fight to the end against the Nazi foe. I saw you then not only as the symbol of your people and its greatness, but as the
voice of the invincible and uncompromising conscience of the human race at a time of danger to the dignity of man, created in the image of God. It was not only the liberties and the honour of your
own people that you saved.' ”

“For more than half a century Churchill’s life intertwined with Jewish issues. As a young Member of Parliament from 1904 to 1908 with many Jews among his constituents; as a Cabinet minister in
1921 and 1922 responsible for determining the future status of the Jewish National Home in Palestine; as a war leader from 1940 to 1945 confronted by the military power and tyranny of Nazi
Germany; and as a peacetime Prime Minister from 1951 to 1956, in the early days of the State of Israel, he was aware of Jewish concerns, and sympathetic to them. Although such a sympathetic
stance was unpopular with many colleagues, parliamentarians and contemporaries, Churchill rejected what he called 'the anti-Semitic lines of prejudice', and strove to support Jewish aspirations,
both as citizens of Britain participating fully in national life, and as advocates and participants in the creation of Israel.”

“Gilbert's deep, lifelong scholarship and knowledge of his subject lend his book both authority and accessibility.” Kirkus Review
“Drawing on private papers, speeches, newspaper coverage, and wartime correspondence, Gilbert examines the origins, implications, and results of Churchill’s commitment to Jewish rights. A perceptive and engrossing account, written by one of the foremost historians of our time.” Booklist