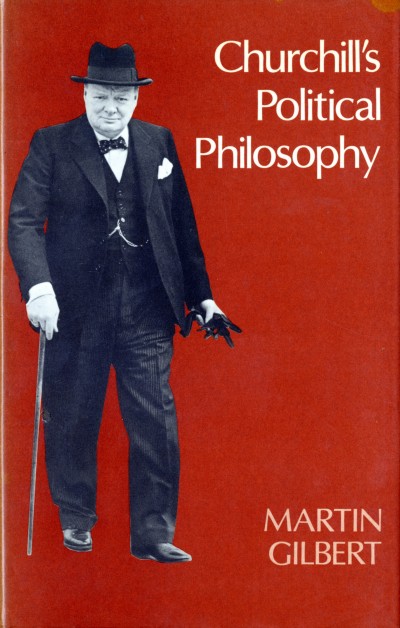 A published series of three lectures given as Thank-Offering to Britain Fund Lectures on 24, 25, and 27 November 1980 delivered to the British Academy, this is an examination of Churchill’s career from the point of view of his motives and opinions. It is a careful analysis of what Churchill believed, and how he tried to put those beliefs into action, both in domestic policy and foreign affairs through more than half a century. The first lecture covers “The Formative Years, 1894-1904”; the second covers “Responsibilities, 1904-1924”; and the third covers “Warnings and Reflections, 1924-1948”.

“Churchill's ideas, speeches, and legislative work between 1908 and 1910 helped to launch a
revolution in the social philosophy of Britain; a bloodless revolution of substantial reforms inside
the existing social structure. As such it was his aim to reform what was bad and to preserve what
was good in Society, by evolution and fair dealing.
April 1925:

“Churchill's first Budget also contained an extension of State-supported health insurance to cover a
total of 15 million wage-earners and 15 million dependents. 'Here, then', Churchill argued, 'is
where the State, with its long and stable finance, with its carefully guaranteed credit can march in to
fill the immense gap.' And he stressed in particular the Government's duty to provide 'extra reward
and indulgence' in order to help those who had been stricken by circumstances beyond their control.
'It is the stragglers, the exhausted, the weak, the wounded, the veterans, the widows and orphans,' he
declared, 'to whom the ambulances of State aid should be directed.' ”

“The sources of the documentary material used in this lecture include Churchill's wartime papers
for the years 1940 to 1945, and the records of his first period at the Colonial Office, from 1905 to
1908 (both available at the Public Record Office, London); Churchill's own published works;
Hansard, for all Parliamentary debates; newspaper and magazine articles by Churchill (at the British
Library); and the main and document volumes of the Churchill biography ….”

“Gilbert's summary of Winston Churchill's political philosophy – beautifully written – is a welcome
addition, and of interest to the general reader as well as the specialist.”  F. Russell Bryant, University of Alabama