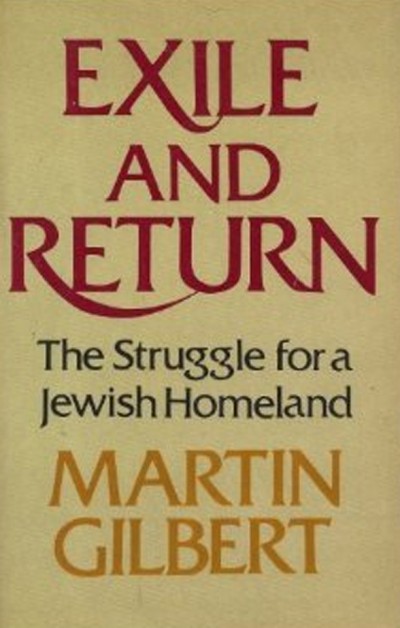 In a compelling analysis of one of the most complex issues of the century – the establishment of the State of Israel – this book examines in a new and bold light the roots and rights of Jewish statehood.  What are the historical justifications for a specifically Jewish State?  What are Israel’s legal rights?  How sound is her claim to be a Middle East state? What part did Britain play in the emergence of the new nation? How important was United States policy? The book provides a background survey of the troubled and often tragic history of the Jewish people, from ancient times to the evolution of Zionism in the Nineteenth Century, and traces the perennial desire of the Jews to return to the Land of Israel.  Persecution was ever present; promises were made and then broken; hopes were raised, only to be dashed.  Binding these episodes together was the Jewish determination so strong that neither superior power nor the continued pressures of malice and hatred could undermine it, or keep the Jews from statehood.

1922:  “On the evening of 22 July Arthur Ruppin was sitting in his study in Jerusalem when Eliezer Ben Yehuda, the pioneer of modern spoken Hebrew, came to see him in a state of great excitement.  It was more than forty years since Ben Yehuda had come to live in Palestine; now he had just seen a telegram which had arrived from London, announcing that the League of Nations had just confirmed Britain's Palestine Mandate.  'The Ben Yedudas were elated,' Ruppin recorded in his diary, telling him, in Hebrew:  'now we are in our own country.'  But Ruppin himself was hesitant.  'I could not share their enthusiasm,' he wrote.  'One is not allocated a fatherland by means of diplomatic resolutions.'  And he added:  'If we do not acquire Palestine economically by means of work and if we do not win the friendship of the Arabs, our position under the Mandate will be no better than it was before.' ”

“Since the establishment of the State of Israel in 1948, there has been a continuing debate about the nature, the evolution, and the aims of Zionism.  This book seeks to answer some of the most frequently asked questions of this debate.  Part One, Israel Dispersed, provides a background survey to the troubled and often tragic history of the Jews from ancient times to the evolution of Zionism in the Nineteenth Century.  Part Two, From National Home to Sovereign State, examines the political and diplomatic activities of the Zionists, their supporters and their opponents during the years 1914 to 1948, when the ideal of return was transformed into a reality, against enormous odds.”

"Exile and Return has all the trademarks of an experienced and competent historian." Dr M. Verstandig, Melbourne Chronicle

"Martin Gilbert's new book not only confirms his growing reputation of exceptional quality, but underlines what has long been believed: That Britain and indeed other Western powers could have done a great deal to help thousands of Jews to escape from Nazism." Hyam Corney, The Jerusalem Post International Edition