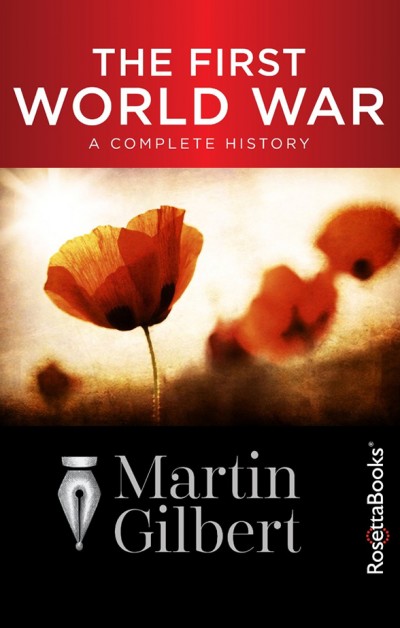 It was the war to end all wars. It began at 11.15 on 28 June,1914 in Sarajevo. It ended – officially – almost five years later. Unofficially, it has never ended: the horrors we live with today were born in the First World War. It left millions maimed or dead. And it left us with new technologies of death: tanks, planes, submarines, rapid-fire machine guns and poison gas. It introduced us to strategic bombing, to unrestricted war on civilians and mistreatment of prisoners. Most of all, it changed our world.  In its wake empires toppled, monarchies fell and political systems and geographic boundaries realigned. Instabilities were institutionalised, enmities enshrined. Codes of behaviour, class distinctions – all underwent a vast sea-change. The Twentieth Century can truly be said to have been born on the morning of 28 June, 1914.

“I think I have seen one of the most extraordinary sights today that anyone has ever seen,' Second Lieutenant Dougan Chater wrote to his mother from his trench near Armentières. 'About 10 o'clock this morning I was peeping over the parapet when I saw a German, waving his arms, and presently two of them got out of their trenches and some came towards ours. We were just going to fire on them when we saw they had no rifles so one of our men went out to meet them and in about two minutes the ground between the two lines of trenches was swarming with men and officers of both sides, shaking hands and wishing each other a happy Christmas.”

"I have read many books of war. The American Revolution, the American Civil War, WW1, WW2 etc. Sir Martin's book, The First World War stands out, in my estimation, as a True Classic. He covers the mundane operations of executing a war, the personal letters, and photos that reveal war's hell. I looked for several years to find a book that covered 'The Great War', I have found it!" James Long

“I found your history of WWI perhaps the most electrifying account I have read (of many). It has that human quality that I think adds to the narrative. There are so many interesting avenues, and so much tragedy. Although I am a maths lecturer, I have often used snippets of your book (bits from poems etc.) when I discuss the 'situation' in pre/post 1914 European maths.” Bruce van Brunt

“I was most moved by the last chapter '...To the Memory of....' You certainly did much research, and credit to the memory of many individuals of that terrible tragedy. As today, many mourn the passing of 'The Greatest Generation', we must not forget the men and women who gave their all to beating back tyranny and hatred earlier in the 20th Century. In closing, thank you for your fine works. I have, and will continue to recommend this book to all.” Joseph A. Couture

“Starting in 1969, I travelled for three consecutive years to the Gallipoli Peninsula, reading aloud from Aspinall-Oglander's two-volume official war history, and from other works, at many of the landing beaches, gullies and hilltops of the peninsula. The contrast between its modern beauty and stillness, and the knowledge of the fighting and suffering there in 1915, has never ceased to haunt me.”

“... what emerges most clearly from Gilbert's masterly panorama is that this was a war of greed and territorial ambition. ...Gilbert never forgets – and never allows his readers to forget – that the 'embattled armies' were composed of millions of individuals, that it is the human experience and the human cost that matters. Numerous individual sidelights, culled from many sources, illuminate this immensely readable book … Gilbert's grasp of his material is enviable and the result admirable. This is everyman's history of the First World War.” Lyn Macdonald, The Sunday Times

“For the general reader who wants to know both what happened (on the field and off) and how it felt for the men who did the fighting, this is the best one-volume history of the First World War ….” Samuel Hynes, Newsday

“One of the first books that anyone should read in beginning to try to understand this war and this century.” The New York Times Book Review

“Among the thousands of accounts of the conflict, Gilbert’s is remarkable, even stunning.” The Boston Globe