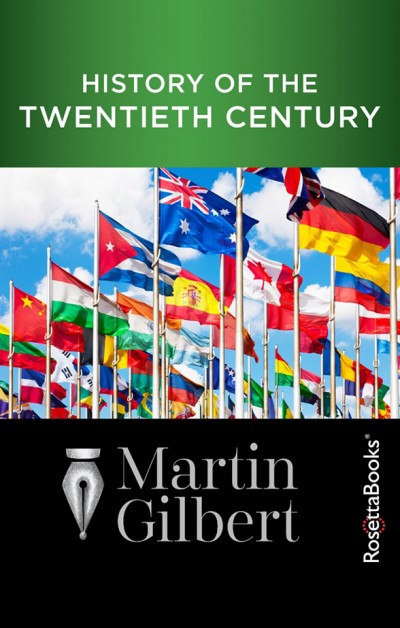 Some of humanity’s greatest achievements took place in the Twentieth Century, and some of its worst excesses. It was a century of improvement in quality of life for millions of people, yet also a century of decline in many parts of the world.

The clash of nations and their alliances, the strivings of Empires and their collapse, and the struggles of national groups, were central to the century. No year passed without human beings being killed in war, or struggling to recover from the ravages of war. “It is called the century of the common man,” wrote Winston Churchill, “because in it the common man has suffered the most.”

This powerful history faces the horrors of the time yet also captures the details that bring an era to life, and it never loses sight of the fact that history is something that happens to ordinary people as well as to the great and famous.

1956: “On December 5 the South African police, in a nationwide swoop, arrested 156 members of the African National Congress, the Indian Congress and the Congress of Democrats, three groups implacably opposed to apartheid. Among those arrested was the leading black lawyer, Nelson Mandela. All were accused of treason. ‘It is not pleasant to be arrested in front of one's children,’ Mandela later wrote, even though one knows that what one is doing is right. But children do not comprehend the complexity of the situation; they simply see their father being taken away by the white authorities without an explanation.’ ”

"May I please add an appreciation to the many I am sure you have received.  I loathed history at school, but at the age of 78 put 'history of the 20th Century' on my Christmas list, feeling it would be an idea to know something about it.  The marvellous thing about A History of the 20th Century is the prose.  Martin Gilbert has, in fact, written over 600 pages of events in chronological order, yet it is compelling, entirely due to the quality of his writing.  I am so much enjoying it - even though he clearly thinks, but does not say, that Mankind is mad.

"So a posthumous thank you.  I wish he had written a few school text books."  Jill East, retired teacher, Banbury, Oxfordshire.

“This single volume history is a condensation of my three-volume history of the Twentieth Century, Empires in Conflict (spanning the years 1900-1933, and published in 1997); Descent into Barbarism (1933-1951, published in 1998); and Challenges to Civilization (1952-1999, published in 1999). In all, the three volumes amounted to 2,700 pages of text. In reducing this to 800 pages I have tried to be faithful to my original portrayal and perspective.”

“A mammoth undertaking, a miracle of dense compression, demonstrating a sense of proportion sustained with extraordinary self-discipline and a capacity to absorb, digest and shape a mountain of miscellaneous material... A salient and invaluable reference book, austerely non-judgemental, lucid and measured.” Philip Ziegler, Daily Telegraph

“In his great work, the writing is lucid, the pace perfectly judged, the evidence vividly conjured. The horrors are heightened by a style of almost Confucian reticence, which teaches without didacticism. In Gilbert's vision of history, the vast range never blurs the human scale.” Felipe Fernandez-Armesto, Sunday Times