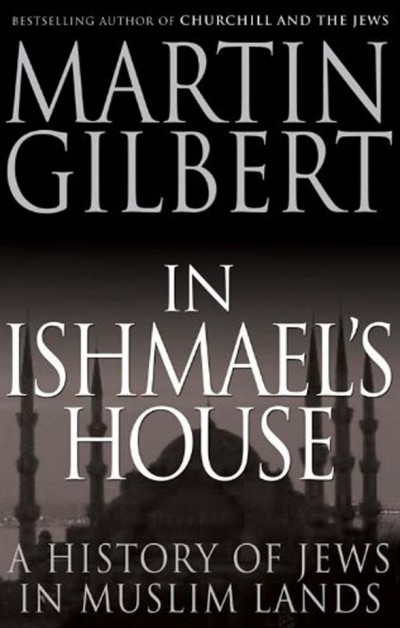 The relationship between Jews and Muslims has been a flashpoint that affects stability in the Middle East and has consequences around the globe. Starting before the advent of Islam, this book shows how the Jews and Muslims interacted in all the lands – from Afghanistan to Morocco – that came under Muslim rule throughout the 1,400 years of Jewish life in Muslim lands.

It is a story of both coexistence and conflict. It examines the impact on Jews living under Muslim rule, the rise of Zionism and the creation of the State of Israel. It looks at the situation of Jews living in Muslim lands today, and the lives in Israel and elsewhere of those Jews who left Muslim lands in the mass exodus after 1948, when Israel was established. It is also a moving account of mutual tolerance between Muslims and Jews that provides a perspective on current events and a template for the future.

“To forestall any further Blood Libel accusations in Muslim lands, the British philanthropist Sir Moses Montefiore travelled with a Jewish delegation first to Cairo and then to Istanbul. There he persuaded the Sultan, Abdul Mejid, to declare the Blood Libel a fallacy and to forbid its propagation anywhere in the Ottoman Empire. The Sultan's decree was issued on 6 November 1840 ….

“The Sultan’s decree was emphatic in its defence of the Jews and the Jewish religion. It began: 'An ancient prejudice has prevailed against the Jews. The ignorant believe that the Jews are accustomed to sacrifice a human being to make use of his blood at his feast of Passover …. The calumnies which have been uttered against the Jews and the vexations to which they have been subjected have at last reached our Imperial Throne’. The Sultan noted that Muslim theologians had examined Jewish religious books and found that the Jews ‘are strongly prohibited, not only from using human blood, but even from consuming that of animals. It therefore follows that the charges made against them and their religion are nothing but pure calumny.’

“The ‘Jewish nation,’ declared Abdul Mejid, ‘shall possess the same advantages and shall enjoy the same privileges as are granted to the numerous other nations who submit to our authority. The Jewish nation shall be protected and defended.'

“A Muslim ruler had come to the rescue of the Jews.”

“According to both Jewish and Muslim traditions, Jews and Arabs were descended from Abraham, whose elder son Ishmael was sent out into the desert, and whose younger son Isaac remained with his father. It was Isaac's son Jacob who was given the name Israel. According to the Book of Genesis, when Abraham died, Isaac and Ishmael together buried him in the Cave of Machpelah. The descendants of Ishmael are named in Genesis, where they are described as twelve chieftains. Isaac's son Jacob had twelve sons, the twelve tribes of Israel, who are also named. The descendants of Isaac and of Ishmael who lived a thousand years later in the lands ruled by Ishmael's descendants – in Ishmael's house – were Semites with a common ancient ancestry.”

“This is a book for those who want on their shelf, ready to hand, the fact on the Jews in Muslim lands, from the days of Mohammed himself, a vivid chapter as related here, to the Arab-Israel conflict of the present day. With Sir Martin Gilbert’s excellent maps and clear and readable prose, this saga is both a reliable source and a pleasure to read.” Herman Wouk

“An authoritative, lucid, well structured and, at times, beautifully written and moving work which will quickly become the major popular text on the subject.” Rory Miller