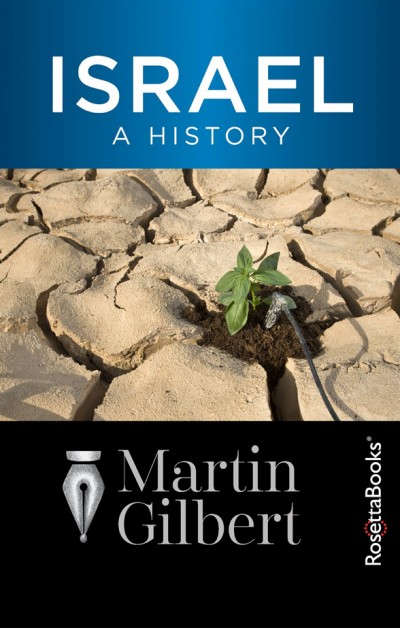 During two millennia the Jews, dispersed all over the world, prayed for a return to Zion. Until the Nineteenth Century, that dream seemed a fantasy. Then a secular Zionist movement was born and soon the initial trickle of Jewish immigrants to Palestine turned into a flood as Jews fled persecution in Europe.

Along with the history of the Zionist movement and modern Jewish nationalism to the establishment of the State of Israel in 1948, the book also charts the first fifty years of the history of the State of Israel. Conflict and wars, achievement and creativity, are seen through the eyes of the leading personalities and the men and women who committed their lives to turn Theodor Herzl’s dream into a reality. The agreements, treaties, proposals and negotiations of the first sixty years of statehood are explored along with the ideals – and realities – of statehood.

“On July 9, as President of the Jewish Agency, he issued a statement of behalf of those who had been imprisoned. The excuse for the arrests, he said, for the seizure of the Jewish Agency archives and for the countryside searches and arrests, had been the 'deplorable and tragic' acts of Jewish terrorism in recent months. Yet these acts 'have sprung from despair of ever securing, through peaceful means, justice for the Jewish people.'

“Within three weeks the violence reached a climax. On July 22 the Irgun blew up a wing of the King David Hotel in Jerusalem. Ninety-one people were killed, including British administrators working in the hotel. Many of these administrators were Arabs and Jews. There was a shock of horror among Jews and Arabs alike in Palestine, and among critics of Jewish terrorism throughout the Diaspora, and in the non-Jewish world.”

“My aim in this book is to survey the history of the State of Israel during its first sixty years, and also to tell something of its founders and pioneers, going back to the second half of the Nineteenth Century.

Ideology, politics, diplomacy and war each have their place in the narrative, as do the stories of many of the individuals – some famous, others not – who contributed to the building up and survival of the State and whose aspirations and toil made it what it is today.”

“The most comprehensive account of Israeli history yet published.” Efraim Karsh, Sunday Telegraph

“Not just an invaluable piece of historical research, it is also a joy to read... Required reading for anyone who wants to understand that most extraordinary and perplexing country.” Jewish Chronicle