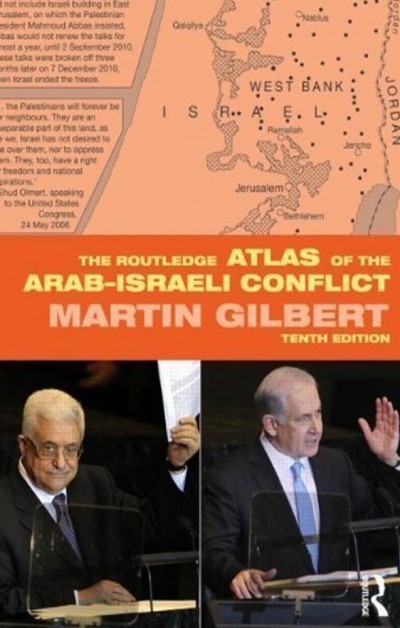 The Arab -Israeli Conflict Atlas traces the tangled and sometimes bitter history of the Arab-Jewish struggle from the early Twentieth Century to the present. It also illustrates the current moves towards finding peace, and the efforts to bring the conflict to an end through negotiation and agreed boundaries. In 227 maps, the evolving history of the conflict is graphically portrayed, including the prelude and background to the conflict, the Jewish national home, the intensification of the conflict, the State of Israel, and the moves to find peace.

“Machsom Watch (Checkpoint Watch) describes itself as 'a movement of Israeli women, peace activists from all sectors of Israeli society, who oppose the Israeli occupation and the denial of Palestinians' rights to move freely in their land'. Since 2001 its members have conducted daily observations of Israel Defense Forces checkpoints in the West Bank, along the separation wall/barrier/fence, on the main roads and on out-of-the-way dirt roads. The reports of its observations are published on the Machsom Watch website, and sent to Israeli public officials and elected representatives.”

“In this atlas I have traced the history of the Arab-Jewish conflict from the end of the Nineteenth Century to the present day. I have tried to show something of the nature and range of the conflict, of the types of incidents that it provoked, and of the views of those involved in it.

“Many of the maps in this atlas depict wars, conflict and violence, which have brought terrible suffering to all those caught up in them – Jew and Arab, Israeli and Palestinian, soldier and civilian, adult and child. But there are also maps that show the various attempts to bring the conflict to an end, through proposals for agreed boundaries, through the signing of cease-fire agreements, and through negotiations. No map can show how peace will come, but they do show how much it is needed.”

“Because the cartographic format of the book is so straightforward, readers of any level of sophistication or interest can benefit. An excellent primer.” Library Journal

“This is a very thorough history. The great advantage of presenting history through maps is the unusual clarity it brings to the most complex issues. I would recommend that anyone troubled by the conflicting claims of both sides in this bitter struggle study the book closely. Just look and you'll learn a lot, without polemics or manifestos to confuse the issue.” Jerusalem Post Magazine