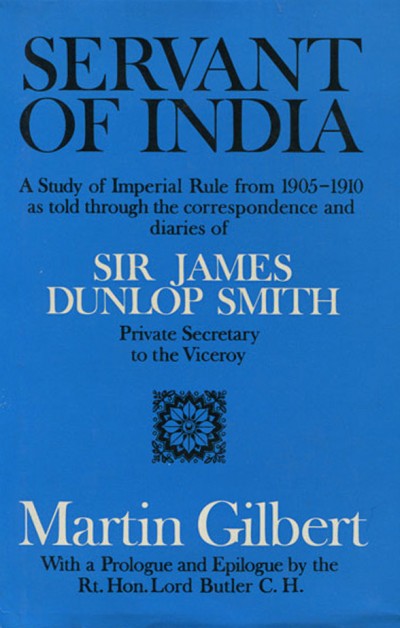 A study of British Imperial rule in India from 1905 to 1910, based on the correspondence and
diaries of Sir James Dunlop Smith, at that time Private Secretary to the Viceroy Lord Minto and a
man unrivalled in his knowledge of Indian affairs. The book deals with a time of transition in India.
The leisured dignity of the Victoria era had come to an end, and British rule was challenged by the
growing movement for Indian self-government. When Lord Curzon left India in 1905, the
floodgate of discontent opened, and his successor as Viceroy, Lord Minto, had to deal with a
difficult situation: satisfying Indian aspirations as much as possible within the framework of British
rule, seeking a balance between Muslim and Hindu interests, and combating the mounting violence,
with agitation and murder inside India, tribal conflicts on the frontier, and a plague epidemic which
killed nearly two million people in five years; but dominating everything was the search for a means
of satisfying Indian demands for participation in government.

“Dunlop Smith persuaded Minto to dismiss outbreaks of violence, and calls for self-government, as
the cries of extremists without popular support. Both men believed that the only reforms Indians
really wanted were those which the British were prepared to give, limited, cautious and paternal.
Neither Minto nor Dunlop Smith were callous or superficial in their approach to Indian problems,
yet neither realized that there was a world of which they knew little, aspirations which they could
not satisfy, or dreams which could not be fulfilled under British rule.

The India Dunlop Smith believed in, the system he sought to consolidate, was not the India for which others toiled. “For Dunlop Smith service to India was twofold: to sustain Minto in his resolve not to be swayed either by the demands of Indian nationalism or the pressures of the Liberal Government in England, and to work out schemes to advance the material prosperity and political stability of India. But for a growing number of Indians this service had become, by 1910, both inadequate and irrelevant. Dunlop Smith served a system which began to crumble at the very moment when it reached its climax.”

“Among those who spent their life in India was James Dunlop Smith. He went out to India in 1878
as a soldier, and for twenty-two years served both as a soldier and as an administrator in the Punjab
and the Native States. As a district officer he believed that the Provincial Government should have,
as its first priority, concern for the welfare of the Indian people. He sought companionship with
Indians over whom he possessed power, and refused to see Empire in terms of commands and
obedience.

“Dunlop Smith was ambitious, not only for himself but for India – for good government and
peaceful political change, for better organization in time of famine, and for greater goodwill
between the Government of India and the Native Princes. He was modest and even-tempered, and
always tried to see the Indian point of view. He never sought publicity for his actions or opinions.
He worked hard and found his main reward not in honours and titles but in the work itself and its
results.”

"...a telling portrait of an Imperial administrator of the very best type - patient, knowledgeable, selfless - who genuinely couldn't understand how the Nationalists could be so ungrateful as not to appreciate all that was being done for India." The Listener

"The diaries should be of interest not only to students of India but to all who enjoy imperial gossip." Christopher Wordsworth, The Observer