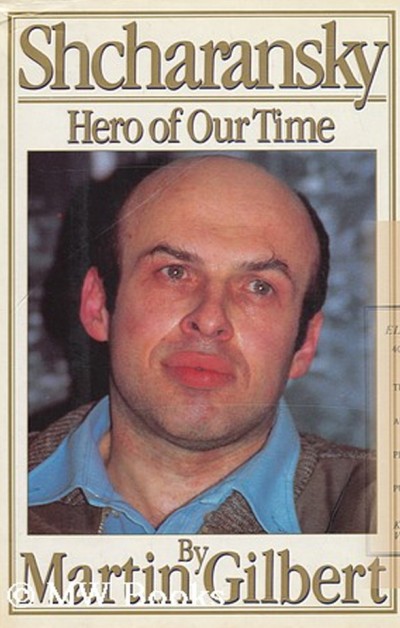 The young Soviet Jewish activist and “refusenik” Anatoly B. Shcharansky (now known as Natan Shcharansky), gained his freedom in February 1986 after nine years in Soviet prisons and labour camps.  This dramatic biography of one of the authentic heroes of our time tells a remarkable story of a fearless young man who risked his life to help others.  Included in the book are the many messages Shcharansky and his friends compiled inside Russia to alert the world to their plight, material from his trial, and Shcharansky’s letters from prison to his friends and family.

“In the period leading up to his trial, Shcharansky was interrogated three hundred times:  often several times a day.  His sharpness in his own counter-questioning was remarkable for someone who had neither the texts of the Criminal Code and its commentaries, nor any legal representation to help him.  At one point the investigator declared, as Shcharansky later told his brother, that he must be in some contact with the outside world.  His cell was repeatedly searched, and eventually he was moved to the punishment cell in Lefortovo.  'They simply did not understand how he was able to cross-examine them,' one of his friends later commented, while he himself remarked laughingly to his mother:  'I knew I was clever.  But I did not know I was so clever!' ”

“Had Shcharansky's efforts been those of a young Jew struggling alone for the purely personal goal of emigration to Israel, he would not have been sentenced to thirteen years in prison and labour camp.  His achievement, for others his crime, was to have taken part in the struggle of those Soviet Jews who had been refused permission to leave the Soviet Union for Israel.  It was an achievement which proved unacceptable to the Soviet State.  Yet Shcharansky was never anti-Soviet.  He never sought to change Soviet Communism, to bend it, or to break it.  His sole aim was to depart for Israel.  It was only after that aim had been denied him that he found himself acting as a spokesman for many of those who, like himself, had been refused an exit visa at that time.”

“A celebration of one man's indomitable spirit in the face of extraordinary odds and perversities.”  Financial Times