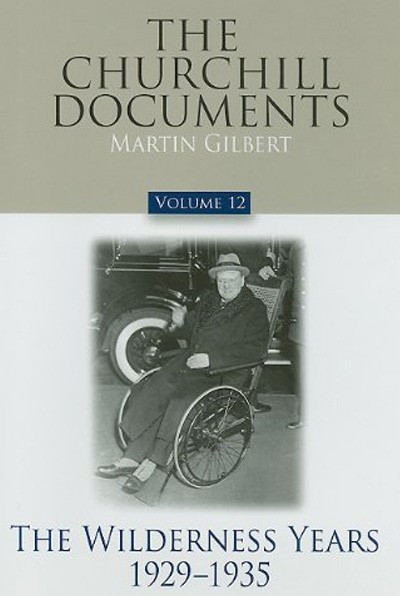 The letters and documents reproduced in this volume were written between March 1929 through December 1935, the period of time covered in the second part of Volume V of the official biography of Sir Winston Churchill. Among the subjects covered in this volume are Churchill’s long conflict with the Conservative Party over its India policy; his early awareness of the Nazi danger; his creation of an increasingly strong base of popular and parliamentary support; his astonishing literary and journalistic work; his person life; his travels in Canada, the United States and Europe; his financial problems and achievements; his family life; and his personal philosophy.

“Some of Mr Winston Churchill's friends desire to celebrate his recovering from his recent accident in New York by making a presentation to him on his return to England. After inquiry, it is thought that the most suitable gift would be a motor car.”

Churchill's “recent accident” had been the result of his having looked the wrong way when crossing the street in New York, and having been hit by a car.

“Published here in full for the first time is the text, found after the Second World War in the captured German archives, of Churchill's talks with a senior German Embassy official in October 1930, in which Churchill said that although Hitler had declared that he had no intention of waging war, 'he, Churchill, however was convinced that Hitler or his followers would seize the first available opportunity to resort to armed force.' This was more than two years before Hitler came to power.”

“As a late-evening reading, preferably with a bottle of port, it is a treat.” The Economist

“Another massive brick of the raw material of history is added to a memorial that will last longer than bronze.” The Times