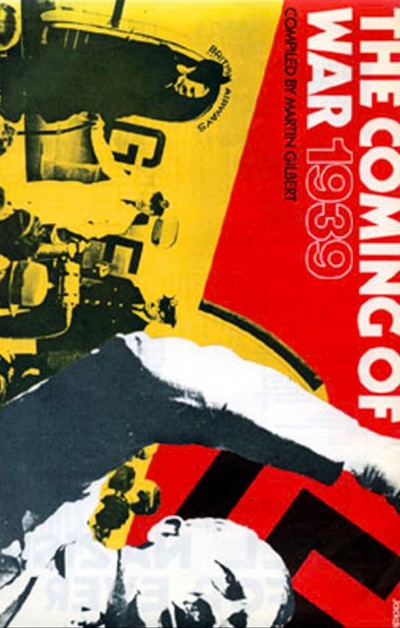 A folder, designed for schools, containing a dozen facsimile documents including the front page of
the News Chronicle of 13 September 1938 announcing Chamberlain’s meeting with Hitler, a
statement signed by Chamberlain and Hitler, 30 September 1938, and a poster announcing the
provision of gas helmets for babies in August 1939. Also included are political cartoons,
photographs, and twelve maps.

Under the heading “Think for Yourself”:

“If you had been Neville Chamberlain, what would you have done in 1939?

“In Leviticus, Chapter 16, in the Old Testament, there is a description of the Israelite custom of
casting out the scapegoat. Were the Jews the 'scapegoat' for German society? In what sense? Can
you think of other cases where the pent-up aggression and frustration of a society has been turned
on a particular group or race?

“Do you think oratory is a justifiable weapon for a politician to use in order to get people to agree
with him?”

“Between 1936 and 1938 British public opinion was divided about Hitler's intentions. Most
politicians continue to believe that he would never turn against Britain, even though the man in the
street grew increasingly uncomfortable at news of persecution of both Christians and Jews, and of
further intensive re-armament.”

“ … compiled by Martin Gilbert and with the usual Jackdaw thoroughness traces the events that led
up to the greatest and most terrible conflict in history.” Stanley News