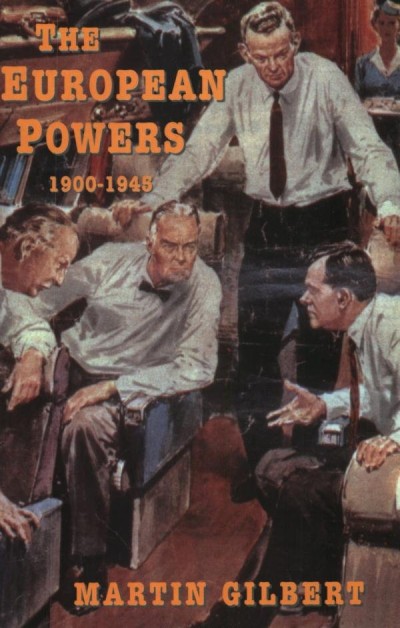 This volume gives a glimpse of the enormity of the horrors which Europe witnessed, and of the
strange and often muddled men who created those horror, or failed to stop them until, for many
millions, it was too late.

“Russian society in 1921 was in a state of chaos. The Bolsheviks, under the pressure of war and
civil war, had instituted a policy of 'war communism' which had destroyed the old laissez faire
economy and put in its place the requisitioning by the state of all food supplies and the prohibition
of private trade. This rough action was not intended as the inauguration of an egalitarian society,
but as an emergency measure to help Russia survive the terrible dislocation of war. But 'war
communism' could not combat the famine which followed in the wake of war, nor could the
officials who put 'war communism' into practice eliminate the vast black market which ensured the
continuance of private trade and crippled the efforts of the state to centralize supply and
distribution. The very attempt to introduce discipline and cohesion in the national economy led
only to anarchy. The famine became so severe that Lenin appealed to Europe and American for
help, which was sent on a vast scale. The complex and ill-thought-out 'war communism' was
abandoned.”

“... every system can collapse, every democracy tumble, every instinct of humanity and justice fade
away unless citizens, however humble, show vigilance and care. I hope the European example will
serve as a vivid warning of what dangers lurk under the calm surface of prosperity and progress.”

“Mr Gilbert's account of the European Powers in relation to the world as well as in relation to one another during half a century in less than three hundred pages is a tour de force. Above all, he is eminently readable. He does not distort evidence to suit his own whims and the picture he paints truly portrays the period.” Elizabeth Wiskemann, The Sunday Times