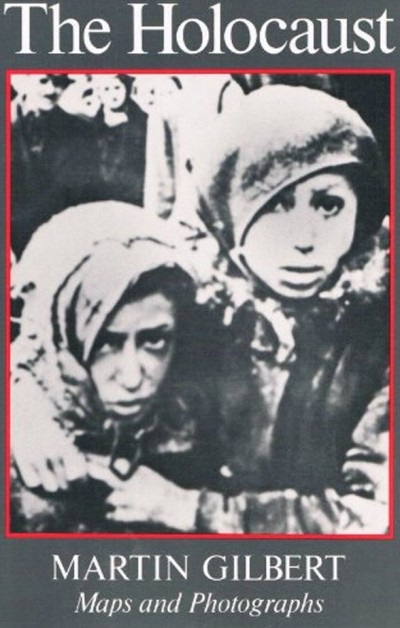 Published for the Holocaust Educational Trust, this slim atlas chronicles in photographs and maps the scale of the slaughter – six million Jews murdered – the widespread acts of Jewish resistance, the fate of many millions of non-Jews who were also murdered, the often inadequate response of the world outside Europe, and rescue of Jews by courageous individuals who were themselves under Nazi rule

“The number of Jews mentioned at the Wannsee Conference, country by country and area by area, for eventual deportation, and subsequent death.  More than 14 million people were thus marked out for death.”

“The Wannsee Conference also specified the number of Jews in unconquered countries for eventual destruction, including 330,000 from Britain, 18,000 from Switzerland, 6,000 from Spain and 4,000 from Ireland.”

“In this atlas I have tried to tell something of the story of those whose lives were destroyed.  No map, and no photograph, can convey more than the tiniest fragment of the torment and tortures which so many people suffered, some of them young, some old and frail, all of them normal human beings, who had committed no crime.  They perished solely because they were Jews; because they were the children of their parents; because evil men triumphed over sanity and civilized human feelings.”

“Whenever I hear the cynical rejectionism of those who deny the Holocaust or even see the understanding hesitation of most people to confront so difficult a subject, I am now reassured by this convenient and graphic reference volume.  Martin Gilbert, long an expert on the Holocaust, gives us a clear pictorial guide to the long and fatal journey of European Jewry.  I heartily commend this unique collections of maps and photographs to anyone who wants to grasp the massive scale of the Nazi.”  Abraham H. Foxman, National Director, Anti-Defamation League