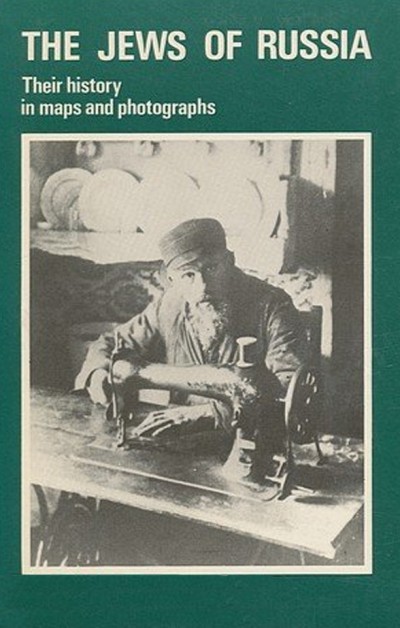 A graphic history of photographs and maps that show Jewish dispersal in ancient times to Jewish towns in the Pale of Settlement through the German occupation during the Second World War and Prisoners of Zion during the Soviet era, to 1976.

Map 1:  The Dispersal of the Jews From Ancient Times

“From the time of the Assyrian conquests of 722 BC, to the German persecutions and expulsions of the 11th to 16th centuries, the Jews migrated, or were driven, from country to country.  Some settled permanently in the cities of Europe and Asia, others moved continually in search of some secure haven, while others, in each generation, sought to return to the Land of Israel.”

“The story of Russian and Soviet Jewry is a troubled and a tragic one.  It was, and remains, a story of suffering and achievement, of longing and fulfillment of hope and disappointment.  Terrible incidents haunt its path.  Deeds of sublime heroism, and acts of vile barbarism, serve both as its hallmark and as its curse.  The daily life of several million people, often in conditions of dire poverty or of intense dread, is its repeated theme.  Yet throughout, the Jews of Russia preserved their humanitarian instincts, their love of learning, and their vision of a better world.  In this small volume I seek to outline that story, showing some of its main episodes, and introducing a few of its personalities, both of the past, and of the present day.”

“Martin Gilbert, the highly-respected official biographer of Winston Churchill, has also made a name for himself in recent years in the production of historical atlases.  In this latest one, he sets out in maps and photographs the history of one of the largest and most significant Jewish communities in the world.  The core of the book is provided by 26 maps.  Of these, the first eleven describe the history of the Jews in Russia and Poland down to the Russian Revolution of 1917.  Among the most interesting is that which sets out the incidence of anti-Jewish pogroms in Russia, that which outlined Jewish mass poverty before 1914, and that charting the development of mass emigration from Russia, above all to the United States, with a small subsidiary flow to Palestine.  There is also an absorbing map of Vilna, which sets out the history of the Jews there from the earliest settlement in 1322 to the present day.”  Antony Polonsky, Jewish Observer and Middle East Review