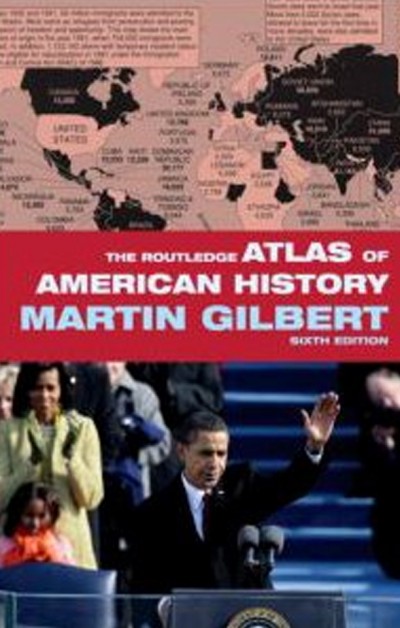 The Atlas of American history consists of a series of 163 graphic and detailed maps, accompanied by informative captions, facts and figures. The complete history of America is unravelled through vivid representations of all the significant landmarks, from early migrations and Native tribes to sites of American Heritage abroad, and includes maps dealing with politics, military events, social history, transport and economics.

“The U.S. gave financial support to South Vietnam in their fight against Communist and North Vietnam guerillas from 1961. In 1965 the U.S. intervened militarily in the guerilla war, which had become a full-scale civil war. President Johnson sent U.S. Marines to South Vietnam, and ordered bombing of supply routes in North Vietnam which were helping the guerillas. When the war ended in 1973, with a North Vietnamese victory, 55,000 American soldiers had been killed.”

“The idea for this atlas came to me while I was teaching at the University of South Carolina in 1965. Its aim is to provide a short but informative visual guide to American history. I have tried to make use of maps in the widest possible way, designing each one individually, and seeking to transform statistics and facts into something easily seen and grasped.”

“... especially clear and helpful. ...well laid out and useful for quick reference.” The Economist

“...full of good ideas and is brought right up to date.” Oxford Mail