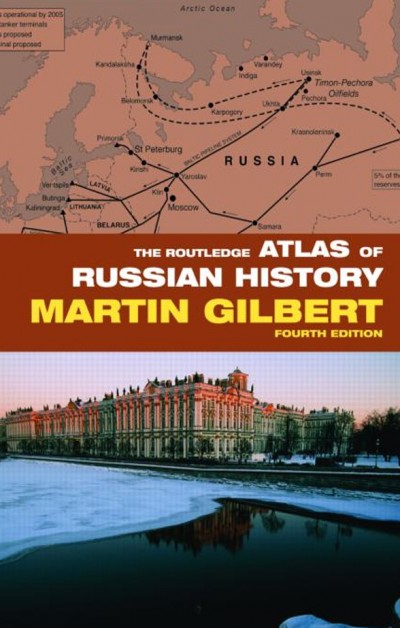 A comprehensive map history of Russia from the earliest Slav settlements and Asian migrations to the fall of Communism and the post-Communist era. This complex and often turbulent history of Russia over the course of 2000 years is brought to life in a series of 176 maps. It covers not only the wars and expansion of Russia, but also a wealth of social and economic details of its history from famine and anarchism to the growth of naval strength and the strengths of the river systems. From 800 BC to the fall of the Soviet Union and beyond, the atlas includes: war and conflict, politics, industry, economics and transport, society, trade and culture. The volume includes a Bibliography of works consulted, and an itemised Index.

“As a result of three years of war, a year of German occupation, a further two years of civil war, and the severe drought of 1920, large areas of Russia were starving by 1921. Railways, livestock, food stores and farm machinery had all been depleted enormously. The high death rate during a total of six years fighting had let many peasant homes without a breadwinner. The result was the famine of 1921, in which perhaps as many as 10 million people died.”

“On the maps themselves I have included much factual material not normally associated with historical geography, such as the text of one of Stalin’s few surviving personal communications – the postcard to his sister-in-law (printed on map 54), and Lenin’s telegram to the Bolsheviks in Sweden (printed on map 87). I have drafted each map individually, in such a way as to enable the maximum factual information to be included without making use of a separate page of text; and I have compiled the index in order that it may serve as a means of using the Atlas as if it were a volume of narrative.”

“In this concise atlas, Gilbert uses the geography of the past to elucidate the present. The xenophobia of conservative Russian politicians becomes more comprehensible when the reader learns that between 1240 and 1942, virtually every part of the country endured at least one invasion, culminating in the German offensive of 1941-45, in which 7.5 million Soviet soldiers and three million civilians perished. The maps showing Russian expansion into Poland and western Ukraine in the late 18th Century and into the Caucasus during the 19th Century help to explain the fragmentation of the former Soviet Union.” Charles Solomon, Los Angeles Times