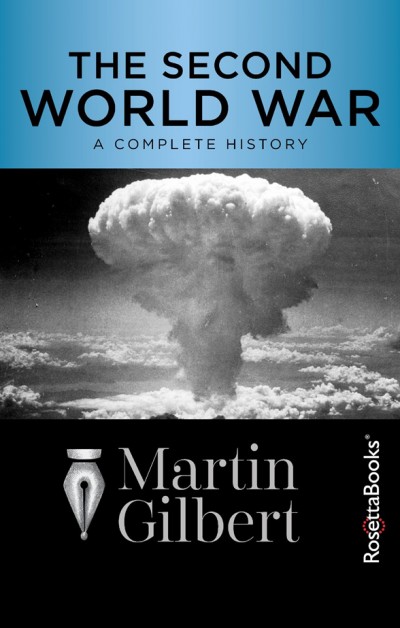 A history of the Second World War that covers all the war fronts, the fighting on land, at sea and in the air, the activities of resistance and partisan groups, espionage, secret intelligence, strategy and tactics, war leaders, generals, admirals and air marshals, individual acts of heroism on all the war fronts and behind the lines, the fate of prisoners of war, the bombing of cities, the submarine war, and the aftermath of the war. The first history of the Second World War in which the fate of the Jews and of the many other civilian victims is an integral part of the war narrative.

“Who was the first victim of a war that was to claim more than forty million victims? He was an unknown prisoner in one of Adolf Hitler's concentration camps, most probably a common criminal. In an attempt to make Germany seem the innocent victim of Polish aggression, he had been dressed in a Polish uniform, taken to the German town of Gleiwitz, and shot on the evening of 31 August 1939 by the Gestapo in a bizarre faked 'Polish attack' on the local radio station. On the following morning, as German troops began their advance into Poland, Hitler gave, as one of his reasons for the invasion, 'the attack by regular Polish troops on the Gleiwitz transmitter.' ”

Sir Gilbert put more in one paragraph than most authors put in a chapter. It was a quick read, but, informative. I enjoyed his following a date outline. He would follow important dates from Western Europe, then Eastern, then to Asia to Africa. Then, for all time no one will be able to cast aside the evil, the lack of human empathy Nazis had for all humanity especially the Jewish people. I was heart broken, mind numb over the vile attitudes Nazis had for Jews. ... If someone told me they doubted the Holocaust I would give them this book to read. Thank you and I thank God for Sir Gilbert's heart and talent as a writer."

“No one has been able to calculate the number of wounded, certainly amounting to several millions, whose lives were permanently scarred as a result of the war. Physical scars, from the severest disfigurement to disfiguring wounds, and mental scars, accompanied these millions for the rest of their lives. Many died as a direct result of them. Others lived in pain, discomfort, fear or remorse. For those civilians who were fortunate to survive privation, deportation and massacre, similar scars, physical, mental and spiritual, remained – and still remain – to torment them. The greatest unfinished business of the Second World War is human pain.”

“... in his transmission of the horror of the war, Martin Gilbert has achieved something probably no historian but he could. There is indeed a relentless force about chronology when it is used as a tool by an historian of the stature of Martin Gilbert.” John Keegan, The Sunday Times

“Perhaps the most powerful achievement of the book is to convey to the reader... an overpowering sense of the absolute evil of Nazism.” Max Hastings, The Sunday Telegraph