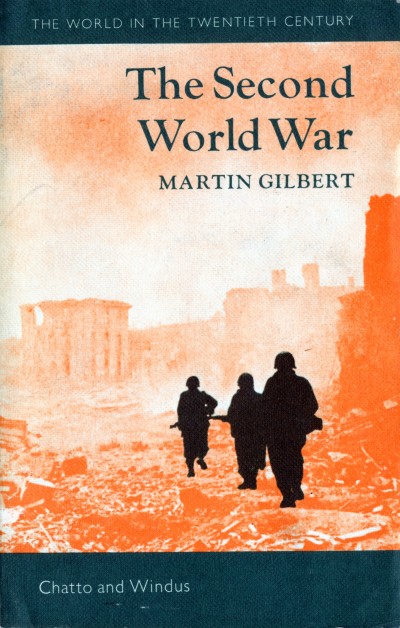 Published in The World in the Twentieth Century series, designed for schools, this slim volume covers all of the war fronts and includes tables showing the human cost of the war in terms of deaths, the industrial production in 1940, and a timetable covering the major dates between 1 September 1939 when Germany invaded Poland until 14 August 1945 when Japan surrendered.

“Hitler's intentions appeared honourably. He brought flourishing industry, work for all, fast trains,
fine roads (the first motorways in Europe), and all the outward signs of a rich, prosperous and
expanding nation. But his methods were odious. From the moment that he came to power he set
about destroying the parliamentary system which German democracy was based. He imprisoned
any political opponents who dared to criticize him. His secret police, the Gestapo, made people
afraid to speak their minds. By 1935 Germany had become a police state.”

“Many of Germany's neighbours did not like the way Hitler behaved within his country. His brutal
methods towards political opponents, Jews and all who spoke out against him, seemed more akin to
superstitious and barbaric medieval behaviour than to a way of life fit for the twentieth century.
Many Englishmen had felt sympathy for the defeated Germans. They had wanted to help put
Germany on its feet again. But now they began to have serious doubts about the future.”