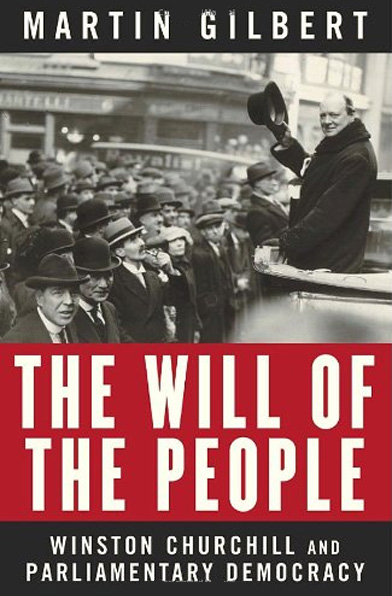 Throughout his career, Churchill did his utmost to ensure that Parliament was effective and that it was not undermined by either adversarial party politics or by elected members who sought to manipulate it. Even the defeat of the Conservative Party in the General election of 1945, which ended his wartime premiership, in no way haltered his faith in parliamentary democracy. “It is the will of the people,” he said, and he meant it. Reflecting on the importance of the Second World War as a means of restoring democracy, Churchill told the House of Commons: “At the bottom of all the tributes paid to democracy is the little man, walking into the little booth, with a little pencil, making a little cross on a little bit of paper – no amount of rhetoric or voluminous discussion can possibly diminish the overwhelming importance of that point.

“Churchill regarded Stalin's betrayal of the Big Three pledge at Yalta for 'free elections' in Poland as a moment of truth and the start of the Cold War. But he had faith that democracy would return to Poland. 'Peoples in bondage should never despair,' he declared four years after the Soviet Union imposed a Communist regime on Poland. He went on to explain: 'The machinery of propaganda may pack their minds with falsehood and deny them truth for many generations of time, but the soul of man thus held in trance, or frozen in a long night, can be awakened by a spark coming from God knows where, and in a moment the whole structure of lies and oppression is on trial for its life.' ”

“Parliamentary democracy is an easy concept to grasp but a difficult one to sustain. Throughout the Twentieth Century, and into our present Twenty-First Century, the institutions and ideals of parliamentary democracy have been under continual threat. The power of totalitarian regimes to dominate their own people is – and remains – attractive to those who wish to control the life of a nation without checks and balances.”

“Throughout his long life, Churchill considered the people to be sovereign, through Parliament, in deciding the destiny of the nation. During more than fifty years of political life, he did his upmost to ensure that the efforts of Parliament were effective and that its will was not undermined or bypassed.”