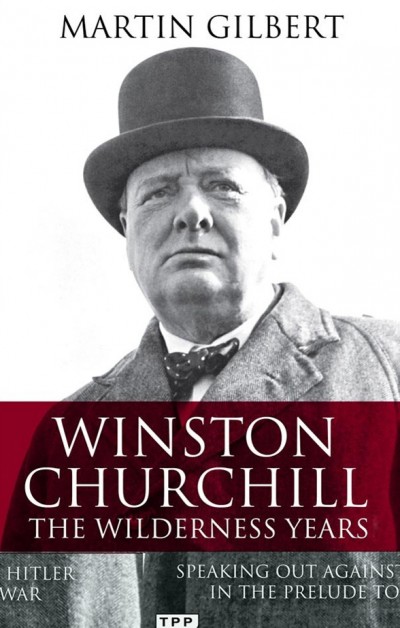 This is the story – published in association with the ITV series of the same name – of the ten remarkable years up to the Second World War during which Churchill remained alone, and abused in the political wilderness.

In 1928 Churchill was at the height of his career. He was Chancellor of the Exchequer and when he spoke in the House of Commons MPs of every party flocked to hear his oratory. The leadership of the all-powerful Conservative party seemed within his grasp. A year later, however, all had changed. The Conservatives themselves were defeated, and out of office, Churchill found himself at odds with the leadership.

Fed with secret inside information by a small, brave band of men – some of them risking their careers to help him – Churchill consistently warned of the Nazi danger, even before the rise of Hitler. His message was belittled by the Government, which fought him at every turn. But Churchill never gave up.

“One of the main themes of Hitler's speech had been that Germany had scrupulously fulfilled the disarmament clauses of the Treaty of Versailles. But Wigram pointed out in his commentary that in 1929 alone Gemrnay had spent 'on artillery, small arms ammunition and anti-gas material £2 million more than the British army,' while the British Ambassador in Berlin in 1929, Sir Horace Rumbold, had described in his annual report how 'the necessary jigs and patterns and guages for the manufacture of modern weapons are being prepared and stocked in various factories all over Germany.'

“Wigram also set out evidence to show that Germany had never intended to abide by the territorial changes of the Treaty of Versailles: that the return of Danzig, the Polish Corridor and eastern Upper Silesia, as well as future joining of Austria to Germany, had been permanent features even of weimar policy, which Hitler had taken over as his own.”

“Churchill was never to shake off the bitter conviction that had other policies been followed, war could have been averted. During those ten years, those who recognised, and did not blind themselves to how near Britain was coming to destruction, were few in number, and most of them circumscribed by their official positions. … As civil servants, their job was to advise on policy, not to make it, nor to change it, and when their advice went unheeded, there was little they could do. … Only the politicians had the power … they were unable to contemplate the possibility of war because of Britain's weakness in defence, especially in the air. But after each crisis passed, they again convinced themselves that the danger was distant, and failed to take the measures that were being urged upon them, often by their expert advisers. Theirs was a failure of leadership; a failure to educate the British people, to inform them and to arm them. … as Churchill came to realize, only the terrible lesson of events would teach the British Government that Hitler would have to be resisted.”

“... a timely study of how democracy allowed considerations of political convenience and budgetary "necessity to control defence policy.” George F. Will, Washington Post