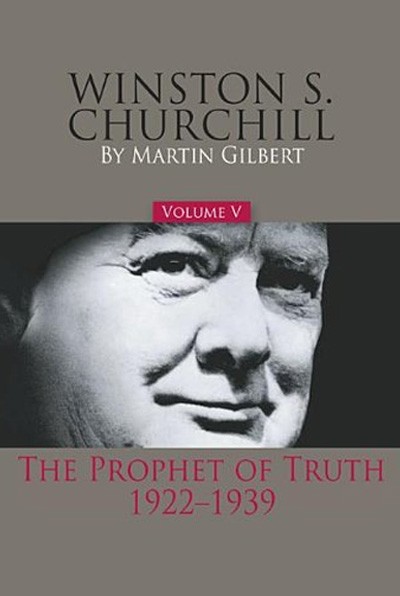 This volume spans the seventeen years of Winston Churchill’s life, from his defeat at Dundee in the General Election of October 1922 to the outbreak of the Second World War in September 1939. The volume opens with his return to Conservatism, and to the Cabinet in 1924, and presents a vivid and intimate picture of both Churchill’s public life and of his private world at Chartwell, including Churchill’s real stand over India, his precise role during the abdication of Edward VIII (and his private thoughts on Mrs Simpson), his true attitude to Mussolini, and his profound fears for the future of European democracy. Even before Hitler came to power Churchill saw in full the dangers of a Nazi victory.

“The Munich debate opened in the House of Commons on the afternoon of Monday October 3. The first of the speeches was Duff Cooper's resignation speech. 'The Prime Minister has believed in addressing Herr Hitler through the language of sweet reasonableness,' he said. 'I have believed that he was more open to the language of the mailed fist,' and, a few moments later: 'We have taken away the defences of Czechoslovakia in the same breath as we have guaranteed them, as though you were to deal a man a mortal blow and at the same time insure his life.' ”

“In his memoirs, written so soon after the war, Churchill could not tell the story of the help which Morton and others had given him. Yet without the information provided by Morton, Wigram and Anderson, and by many other officials whose contact with Churchill is described in this volume, each of whom risked his career by telling Churchill what they knew of Britain's defence weaknesses, it would have been very difficult, if not impossible, for him to have kept up his sustained pressure on the Government, to have kept himself so fully informed on a day-to-day basis of the true defence situation in all its aspects, to have aroused public opinion through his detailed and accurate warnings, or to have been so well prepared to take up once more the responsibilities of a member of the War Cabinet at the outbreak of war in September 1939.”