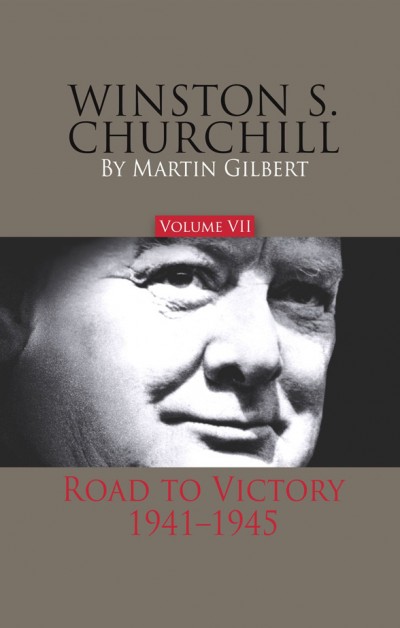 Road to Victory takes up the story of “Churchill’s War” at the moment where Finest Hour ended,
The Japanese attack on Pearl Harbor on 7 December 1941, and carries it on to the bitter-sweet
triumph of V.E. Day, 8 May 1945, the end of the war in Europe.

Within a week of Pearl Harbor, Hitler and Mussolini declared war on the United States. Churchill,
Roosevelt and Stalin thus became the leaders of the three-power alliance which held the assurance
of ultimate victory. But in 1942, the first year of the new alliance, the war went badly for the Big
Three on every front, and Churchill faced repeated criticism at home.

April 1945, Churchill's appeal to Stalin regarding Poland:
“ 'We have the feeling,' Churchill added, 'that it is we who have been dictated to and brought up
against a stone wall upon matters which we sincerely believed were settled in a spirit of friendly
comradeship in the Crimea.' … Churchill then told Stalin of the 'British flame' which still burned
for Poland 'among the classes and parties in this Island', as a result of Britain having gone to war
with Hitler, 'unprepared as we were', when Germany invaded Poland in September 1939. The
British people, he declared, 'can never feel this war will have ended rightly unless Poland has a fair
deal in the full sense of sovereignty, independence and freedom on the basis of friendship with
Russia'. It was this, Churchill wrote, 'that I thought we had agreed at Yalta.' ”

“Since October 1968, when I began the preliminary work collecting material for this volume, I was
able to talk to many of Churchill's colleagues and contemporaries who had worked with him during
the war years. All those to whom I spoke were most generous of their time and recollections, as
well as providing me with a considerable amount of historical material in the form of diaries, letters
and documents. In the last months of 1968, in 1969 and 1970, I was fortunate to have a number of
talks with Field Marshal Montgomery of Alamein, Field Marshal Alexander of Tunis, Lord Casey,
Air Marshall Sir Richard Peirse, and, during a visit to Ankara in the summer of 1969, with Ismet
Inönü, the former President of the Turkish Republic. I was later to have several talks with the Earl
of Avon, who guided me to one essential archival source. Earl Mountbatten of Burma gave me
many vivid memories at a luncheon in London on 15 January 1975.

“I am also grateful for Marshal of the Royal Air Force Sir Arthur Harris, for his help both in 1969 and again in 1984, a few months before his death, and to W. Averell Harriman for his kindness in
discussing with me in detail his recollections of Churchill and Stalin during the Moscow meetings
of August 1942 and October 1944.”

“... no mere review could do justice to all the important new and fascinating material Gilbert has
brought together in Road to Victory.” Insight